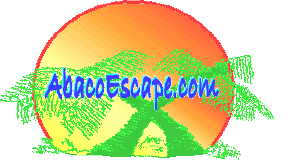 I have been vacationing in The Abacos regularly since 1973. The earlier times almost exclusively at the Green Turtle Club on the Cay of the same name. That was just months prior to their independence from Great Britain. The Abacos fought to remain part of the British Commonwealth but failed in their bid to do so. However Turks and Caicos the two most southeasterly islands, remained under the British crown. Early times.

Jumping ahead to 1990 we moved to Longboat Key (Sarasota) Fl. This afforded us the ability to travel to the Abacos and see the islands the way they should be seen, by boat. I've made six trips in all in three different boats and all named Motu Iti. One of those was solo. Those stories are here.

Our website came about because of my experience programing our company’s computer. Idle time in Florida got me interested in HTML. So I registered the domaine name Motuiti.com and set up a simple site of pictures and music of my impressions of the South Pacific Islands. It remains today still unchanged. Then in 1996 I began my Abaco Website - A subject I really knew about. That first Abaco page grew and grew to the point where it had to be broken up and revamped in 2011 with second complete overhaul in 2014 and again in 2019. I might add our google positioning is pretty good - we are No. 1 for "Abaco Guide". I'd like to think we do more for Abaco tourism that any other website.

For any questions or comments, feel free to contact us here